Moving around the Island 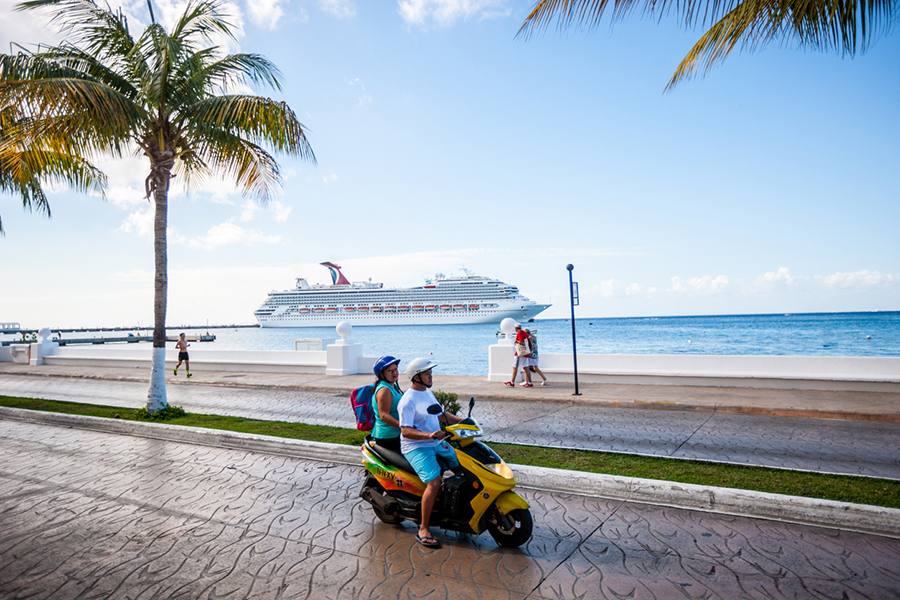 Taxis are plentiful and relatively inexpensive.  Taxis come in  a variety of sizes, including larger vans to accommodate groups.

If you’re looking to strike out on your own, there are a variety of vehicles available for rent, including, automobiles, electric cars, and even tuk –tuks, (small motorized carts).

Downtown San Miguel has been conveniently laid out so it’s very easy to get around.   The streets are laid out, grid-like, with the Avenidas running horizontal to the ocean, and the Calles perpendicular.  Avenidas  run in multiples of 5, while calles to the north of downtown are even numbered and calles on the southern side are odd numbered.  Most directions are given with the cross street included for reference.  Remember while driving  Avenidas have the right of way, so while driving on a  Calle you will generally need to stop at each intersection. Of course, exceptions to these generalizations abound.  It is prohibited to park in areas with a red curb.  Areas with a yellow curb may also have signage indicating regulations.  Cozumel Police will generally take the license plate off of your car, rather than ticket, so it’s generally a wise idea to pay  one of the many secure parking lots throughout downtown.  There is one main road that transverses the island, in route to the windward side of the island.

Walking is always a great option if you are moving around downtown, as you will surely find everything you need in walking distance.